The Cretaceous Thermal Maximum is the warmest period in Earth’s history in the last ~200 million years. Sea surface temperature data (from geochemical studies of planktic foraminifera and organic biomarkers) suggest that tropical temperatures exceeded 35°C. These temperatures were 5-7°C above those of the modern ocean, and high latitude temperatures were in the balmy mid 20°C range. The presence of breadfruit trees in northern Greenland and alligator-like champsosaurs in the Canadian arctic show that the very high latitudes were above freezing. Such warm climates could not support much Antarctic ice. The warm climate must also have sped up the water cycle, making for intense rainfall and vigorous chemical weathering. Temperatures reached their peak in the middle to late Turonian (~90 Ma)…about the same time that the chalk that forms the arches at Tilleul Beach [below] was deposited. 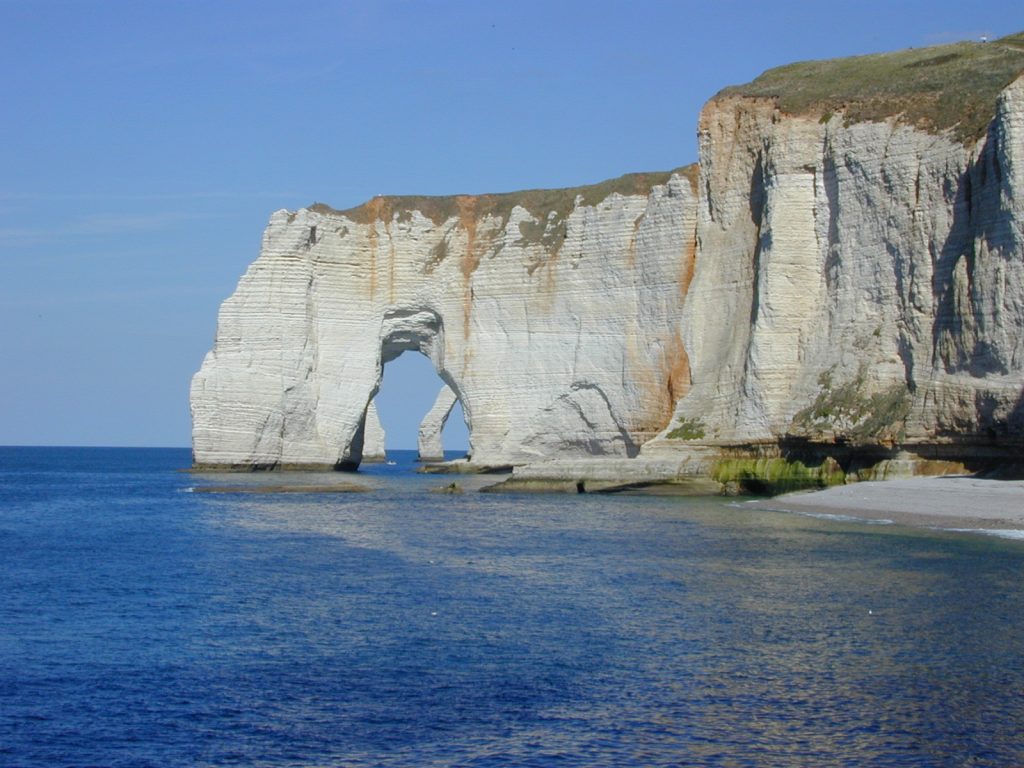 In my lab, we have been analyzing the stable isotope chemistry of extremely well preserved foraminifera [see below; scale bars are 100 microns long] to reconstruct sea surface temperatures. In turn, these data have been used in global climate models by Karen Bice in which we have varied the amount of greenhouses gases needed to replicate the actual temperature data. These data-model comparisons suggest that the Cretaceous atmosphere must have had much higher-than-modern CO2 levels–we predict concentrations of >4000 ppmv. Our estimates exceed those derived from some other proxies such as soil carbonates and carbon cycle models, but are broadly matched or exceeded by estimates based upon leaf stomatal indicies.